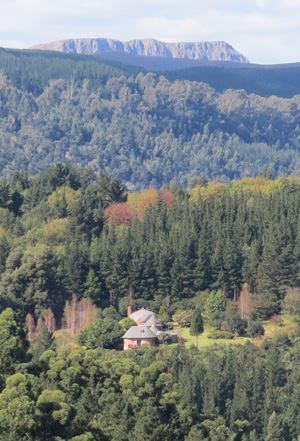 Athanor, consisting of 3 cottages on a secluded 1,7 ha piece of land, is the name of the property, at the end of a cul-de-sac, on which the two self catering cottages, Loerie and Piet-My-Vrou are situated.

From the cottages you will experience breathtaking views down the Thyume valley only to be engulfed within minutes by a cloud and visibility cut down to a few meters.

According to Philostratus in his Life of Apollonius, athanor is an occult hill, surrounded by mist except on its southern side which is clear. On it is a well, which is four paces in breath, from which an azure vapour ascends, which is drawn up by the warm sun. The bottom of the well is covered with red arsenic.

Nearby is a basin filled with fire from which rises a livid flame, odourless and smokeless and never higher or lower than the edge of the basin. Also, there are two black stone reservoirs, in one of which is the wind kept and in the other the rain. In extreme drought the water cistern is opened and clouds escape to water the whole country. 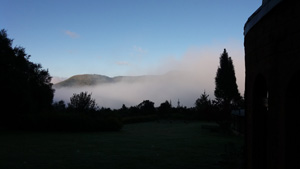 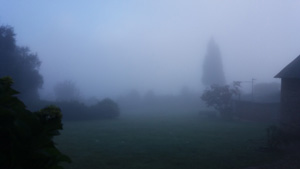 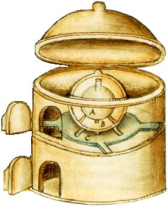 Clearly this description should be interpreted as alchemical symbolism, since athanor was the furnace which supplied the heat for the alchemical process. The term athanor is also employed to denote moral and philosophical alchemy.

Amazing photographic opportunities present themselves throughout the year, with autumn and spring offering a kaleidoscope of exotic colours. Capture the beauty of life and the creation, equipped with your photo device and a walking stick while strolling down a short forest walk on the property to a tranquil little perennial stream on the property border. 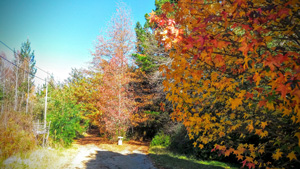 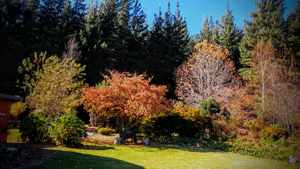 While enjoying (in the company or not of someone special, fiends or thoughts), the twilight, you may be blessed with experiencing one of nature’s most wonderful gifts as you observe the picturesque discolouration of the skies displaying the awe of creation. 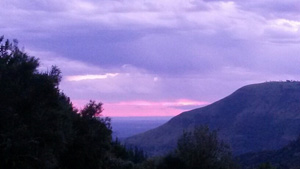 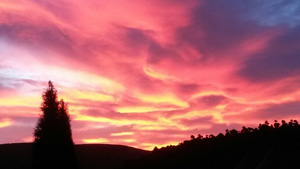 For decades now, Xmas-in-July is one of Hogsback’s internationally renowned winter attractions. This festival still takes place during the time snow can be expected to totally transform the scenery at the mountain hamlet. 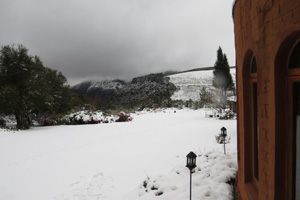 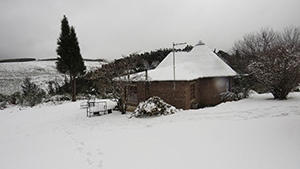 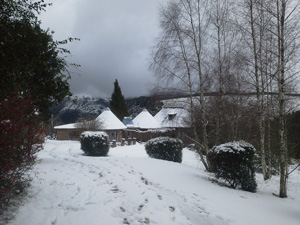 Top of the Page